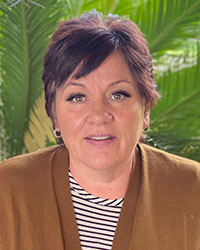 Jackie was born and raised in Utah. She moved to North Dakota with her husband for 11 and a half years when she decided to return back to Utah. She has 3 children, 3 grandchildren and is expecting 2 more in a few weeks! She also has 2 fur babies, a Great Dane and a Doberman Pincher. They keep her plenty busy! Hawaii is her Hakuna-metadata place so tries to travel there once a year. Jackie is thrilled to be working in our community! 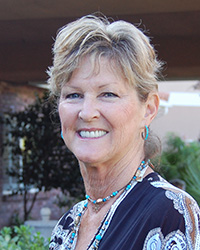 Jeanette joined Sterling Court 10 years ago in the activity department. Jeanette creates programs to meet the needs of the mind, body, and spirit of our residents and their families, focusing on events in-house and in the community. Her fulfillment is being with the residents and offering them many different activities to choose from, they are part of her family. (She loves her job) We have done many humanitarian projects for the community and for the military deployed. Jeanette has been married for 37 years and has five daughters and five beautiful grandchildren. 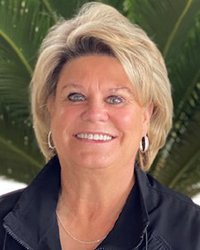 Mindi Johnson was born in Ogden, Utah where she lived most of her life. She was a mother and raised six kids and “loved” every minute of it. She moved to St. George, Utah in 2005 to enjoy the sunshine where she pursued her real estate career of 15 years. She and her husband love to golf together and enjoy the many opportunities to explore the outdoors. Mindi has enjoyed her time here at Sterling Court helping out at the front desk and she looks forward to growing with the company and interacting with the amazing residents. 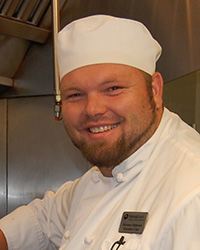 Kortney developed a passion for food and service at an early age while working at his family-owned restaurant in Tropic, UT. In 2004, he began his employment at Sterling Court as Dietary Manager. During his nearly 9 years at Sterling Court, he helped establish and raise the bar for fine dining. In 2013 Kortney moved to North Dakota to work as a floor hand for Unit Drilling. He then accepted an Executive Chef position at a fine dining restaurant back in his hometown of Tropic. After a year of working as the Executive Chef, he decided to move back to St. George to be closer to family and returned to Sterling Court as the Executive Chef in 2016. Kortney and his wife have 4 children. He enjoys motocross and riding with his family on the weekends. 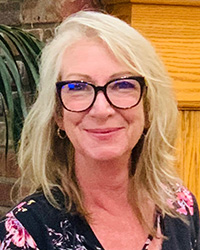 Joddy brings an incredible amount of knowledge, compassion, and positive energy to Sterling Court. With over 25 years of experience, Joddy has excellent clinical, organizational, and managerial skills to add to our team. Joddy’s kind heart and friendly nature have been infectious since she started here at Sterling! 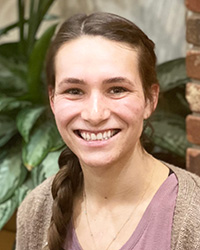 Cassie has always had a passion for medicine and helping others. She grew up with both her mother and grandmother as nurses and was able to see the impact they made on their patients’ lives. She is also pursuing a career as a physician to pursue her passion of medicine. The residents at Sterling Court have made a huge and positive impact in her life for the past two years as a CNA and MedTech. Cassie enjoys anything outdoors and that keeps her physically active. She also loves to spend quality time with her friends and family. 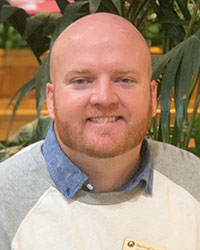 Auston was born and raised in St. George, UT. As a child, his mother often said he was very “busy” and would go-go-go all day and then ask if he could go to bed by the evening.

Austin graduated High School from Pine View and shortly after went on a 2-year mission for the Church of Jesus Christ of Latter-Day Saints to Raleigh, North Carolina. He returned home and less than a year later joined the Utah Army National Guard as a 13B Field Artillery Cannon Crew Member where he still serves in the 2/222 Bravo Battery.

In April 2016, he married his gorgeous wife, Jesselyn. She gave birth to twin boys 3 months early right as COVID was hitting the US in February 2020. They spent 3 months in the St. George, UT NICU facility and are thriving now! Austin and his family live in a cozy home with their rambunctious Husky-dog, Bravo.

Austin is patriotic and respects the freedoms we are offered in this country; he enjoys listening to country music and enjoys hunting, off-roading, playing the drums, playing the guitar (though he says he's not very good at it), and PC gaming. He loves spending time with his wife and, together, watching their boys grow and develop their personalities—they are fraternal and have very different personalities. 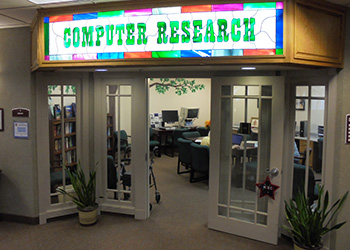